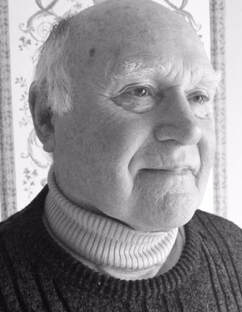 Ray born 31 December 1931 in Salford and went to Saint Augustine’s school, leaving aged 13 soon to become an apprentice painter and decorator. Ray then spent 30 years working for Choride Batteries in Salford and Over Hulton before returning to decorating on a self-employed basis, retiring in 1997. Ray was married to Beryl for over 40 years before her passing in February 1998. Ray had an interest in art since childhood. Where once it was a useful distraction and a way to appreciate beauty and form, soon turned into his life-long passion. A member of Salford Art Club for over 50 years, Ray relentlessly tried to perfect his ‘art’ using various mediums and techniques influenced by Monet, Renoir and most importantly, LS Lowry and Harold Riley. The latter evident in his many of his ‘industrial Salford’ paintings. Ray held Salford Art Club very dear to his heart, enjoying many years of displaying his art and enjoyed meeting existing and new artists to share tips, opinions and advice.
Ray died 27 September 2020 of natural causes. Survived by his daughter Kathryn, his son David and David’s granddaughter, Robyn. Ray will be sadly missed and a great loss to the Salford Art community. 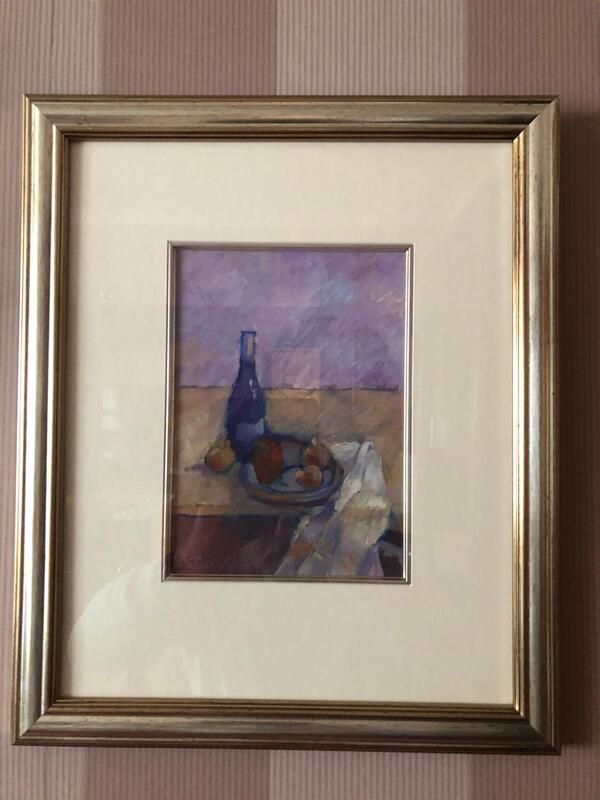 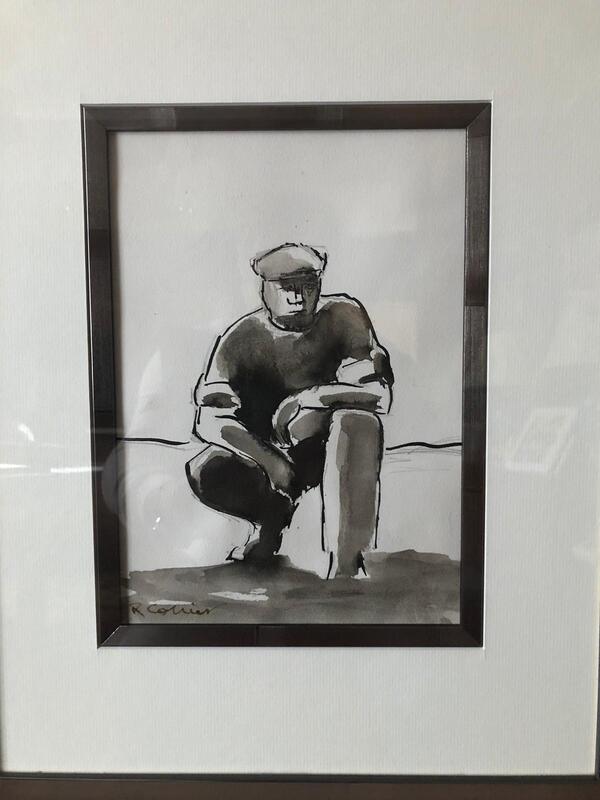 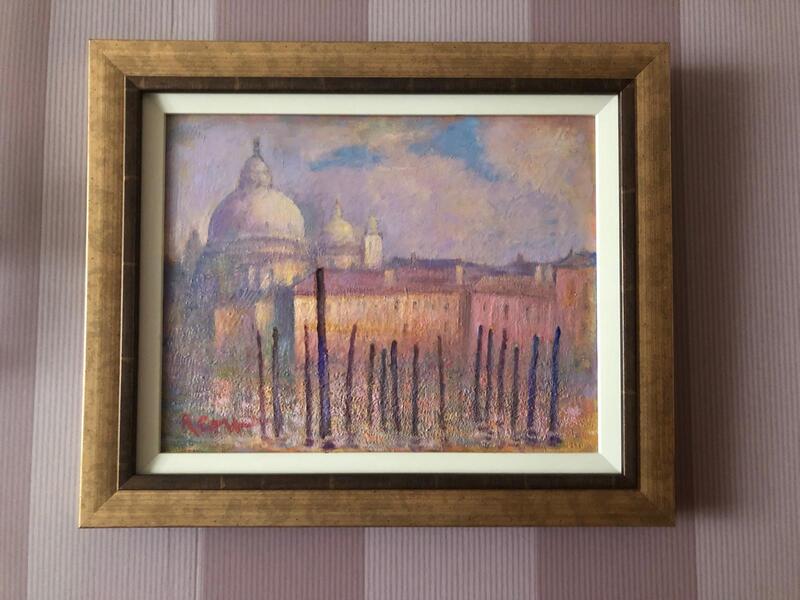 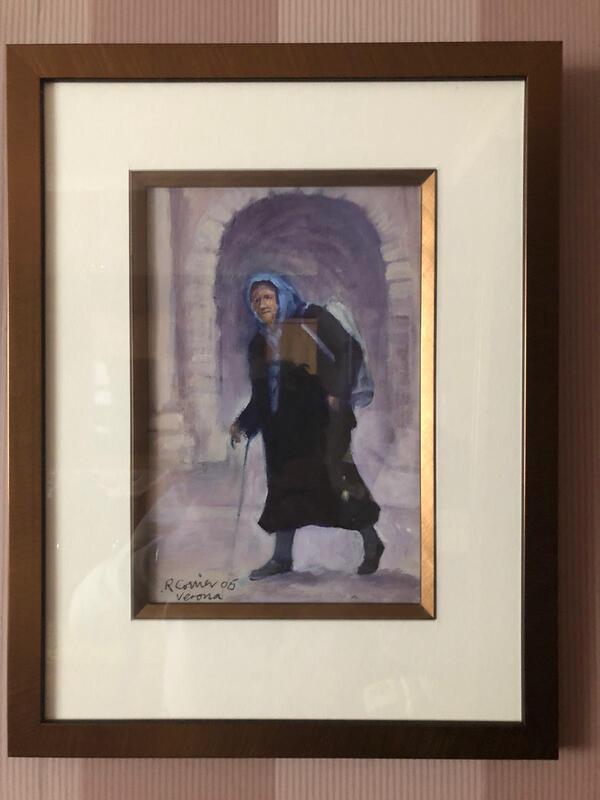 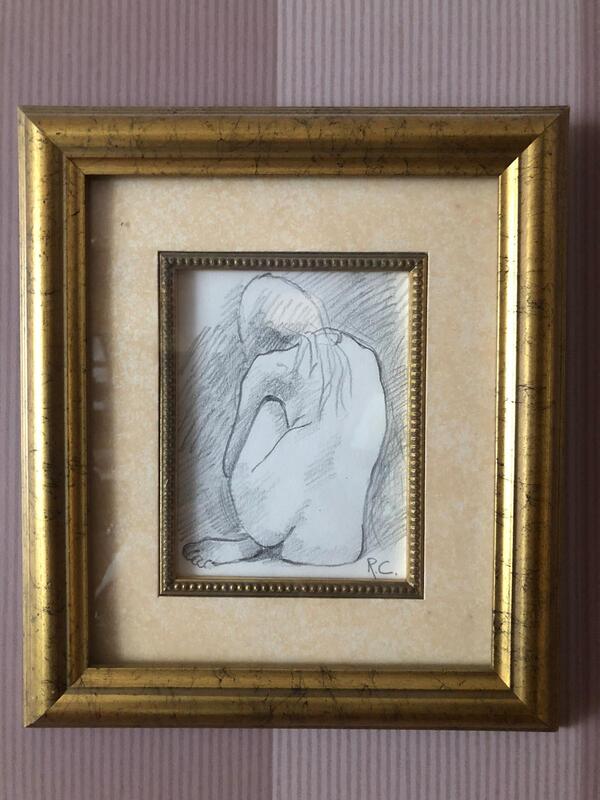 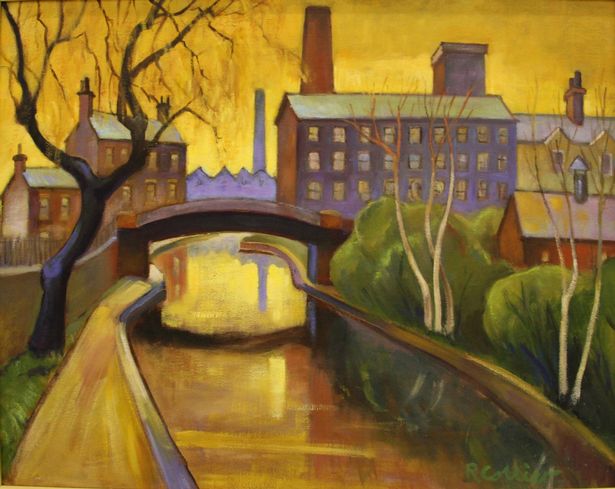 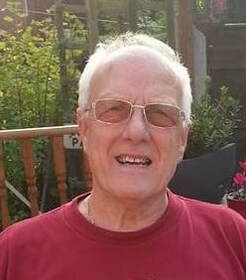 Roy was from Salford and battled the coronavirus at Salford Royal Hospital for a month before his death on April 15, 2020.
He was husband to Irene, father to Joanne, Beverley, Samantha, Helen, Andy and Anthony, as well as many grandchildren and even one great-grandchild.

The 79-year-old was a fanatical rugby fan who supported Salford Red Devils and took up refereeing the game. He was a touch judge at the 1991 Rugby league Cup final at Wembley and played a part in the founding of Langworthy Reds. He was often seen at the  club wearing his rugby  shirt and would talk about his love for the game.

A joiner since school, he kept active despite his age and worked at Jones DIY on Claremont Road until recently, and used this skill to make a scaling tool for members.

"He was loved by so many people who would come and say hello from afar. Whether it was from the rugby community or from his joinery business he couldn't go anywhere without someone wanting to spend time with him. Although not being a member for long he contributed to the club by helping to make drinks, with Irene, and always joined in activities.

"A real gentleman who was kind, loving and passionate to his family and friends and anyone who crossed his path" 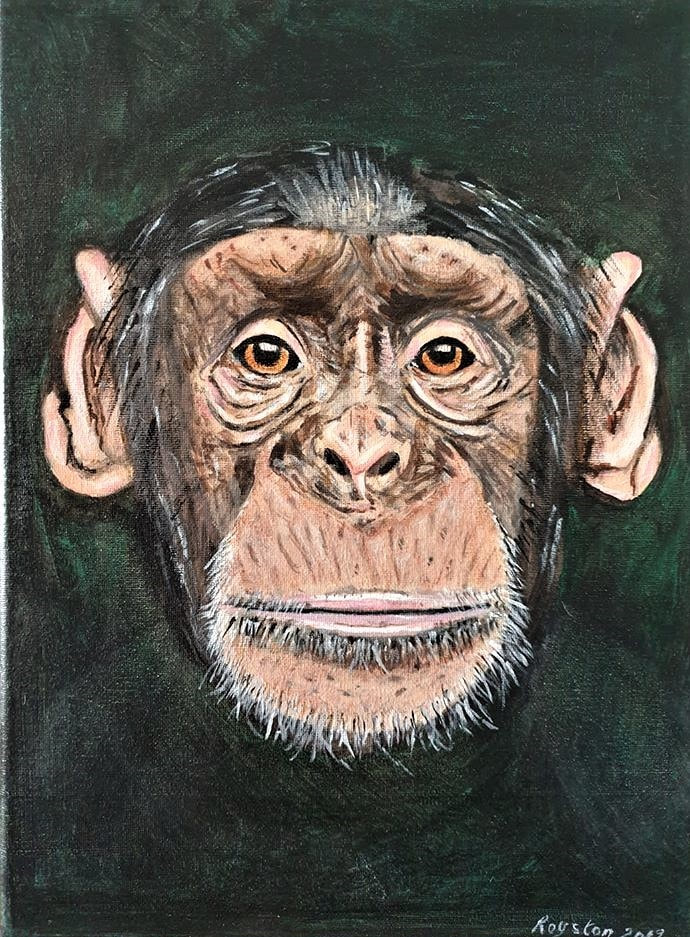 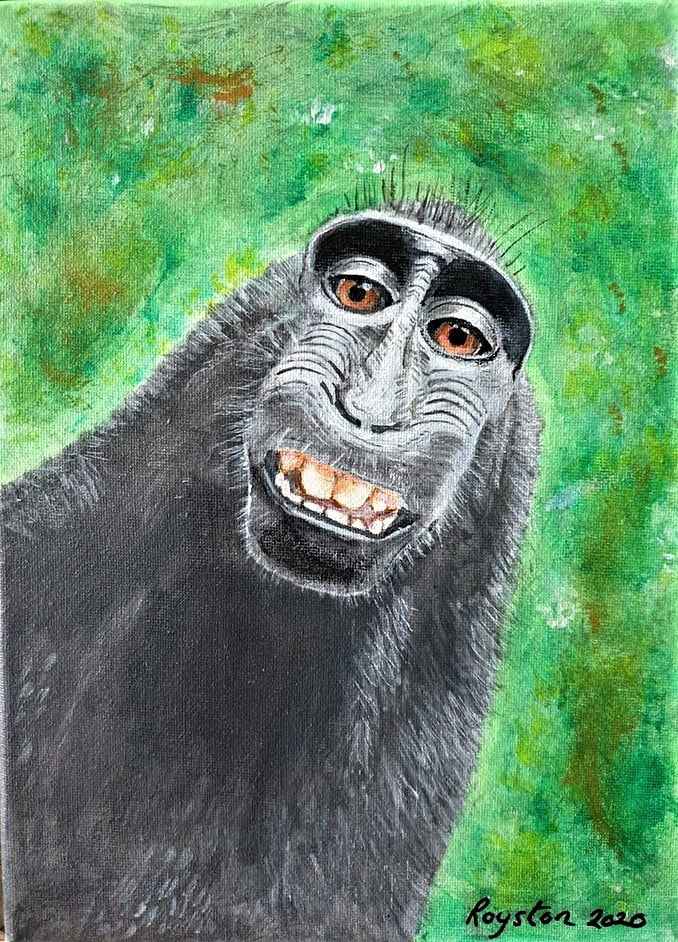 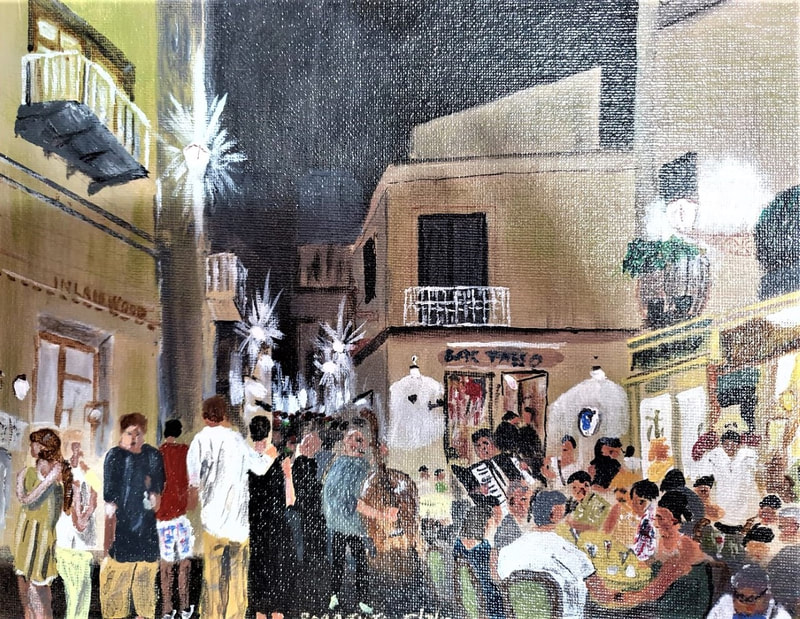 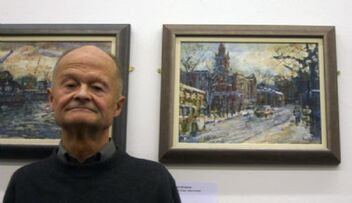 In the seventies Robert Bindloss did the trendy thing and disappeared to India in search of inspiration. When he retired, he had the time to satisfy his wanderlust and this provided subjects for his paintings.
A former ceramic designer with Pilkingtons in St Helens, Robert made it clear with his show - Travels With My Paint Brush - at the Blyth Gallery, where his heart lay.
His pencil and charcoal drawings, watercolour paintings and acrylics on paper capture scenes of fishing boats in Madeira, cottages in Ireland, and glimpses of foreign ports gained from cruise boats on his explorations of the UK and Europe.
Everywhere he went he carried a pocket sketchbook, which he said he would be lost without.
Didsbury-based Robert was born in Lincolnshire but received his art training at Stockport college and Manchester College of Art.
Since his retirement he carried out several commissions including ones for London's Grosvenor Victoria Hotel and the Connemara Bus Company.
He exhibited at Monks Hall Museum, the Lancastrian Hall and Swinton Library. 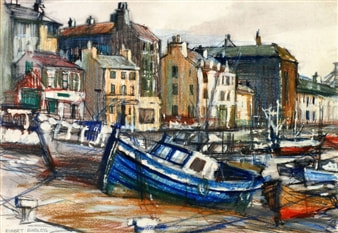 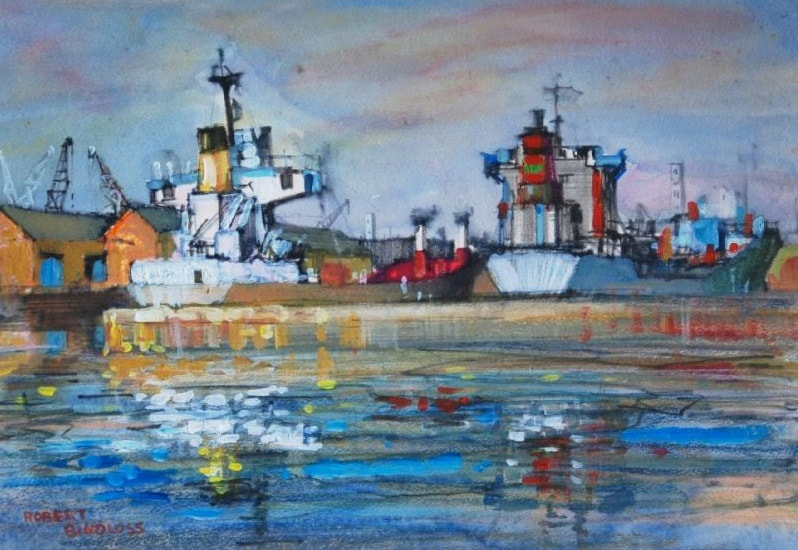 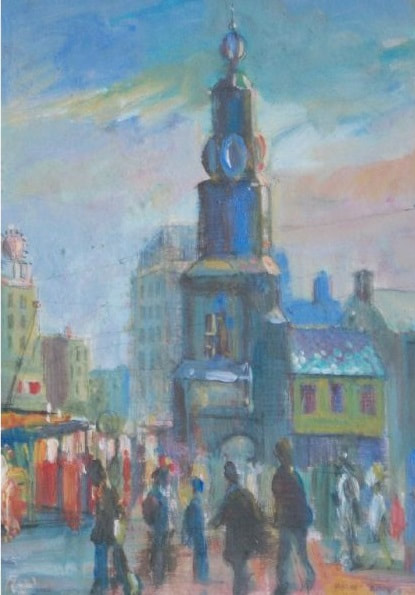 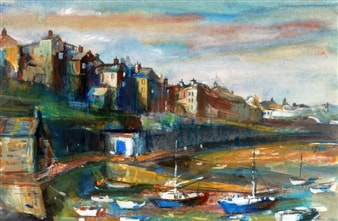 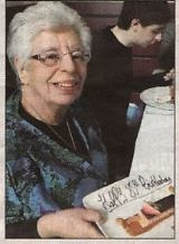 ​A MANCHESTER woman, who taught elocution to hundreds of children and adults, died on Sunday after a short illness. Pam Kirk, 80, began work as a speech teacher in the 1960s, from her Broughton Park home. “Mum lived life to the full and was always busy and active,” daughter Lorraine Kirk said. “She was also positive, strong-minded, practical and determined.“People all over Manchester knew my sisters and I as ‘Pam Kirk’s daughters’.
“So many people from all different parts of her life have been to the shiva.”
Pam (nee Stone) was raised in Blackley. She met husband Louis Kirk at a party and the couple were married in 1958 at the Heaton Park Hebrew Congregation.
They settled in Broughton Park, where Mrs Kirk lived until her death, and they have three children, Lorraine, Beverley and Michelle.Louis died in 2006.
“Pupils would come to mum as they went through exams and she also taught public speaking and debating skills at a number of adult education colleges,” Lorraine explained.
A member of the Manchester Reform Synagogue (Jackson’s Row), Pam was also a keen painter and artist.
She won local prizes for her work and was a committee member at Salford Arts Club, where she also served as members’ secretary, treasurer and events organiser.
The club is organising a tribute to her at its exhibition in October.
Pam was involved with national organisation University of the Third Age and ran its poetry group in the area, and was also a member of its local current affairs group. It, too, is planning a tribute to her. 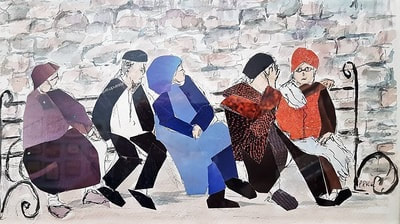 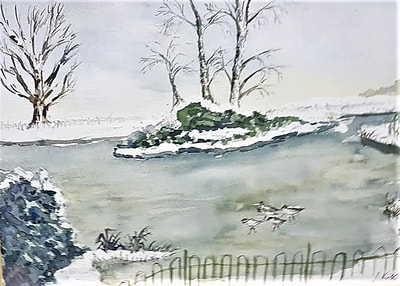 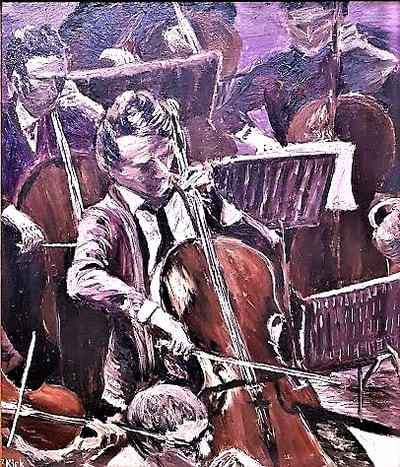 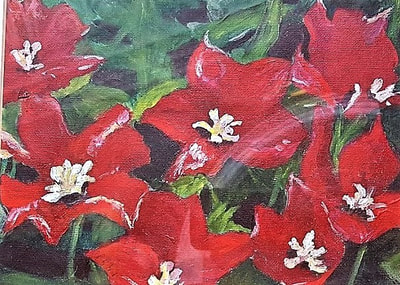 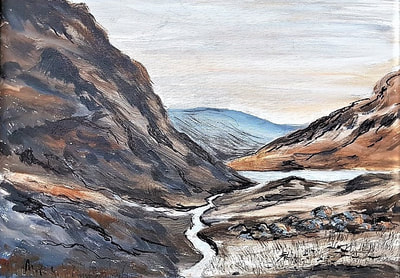 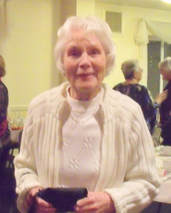 Mary Irene Walbank  was an active member of your club from the early 70.s until approx. 2012 and for many years was the club secretary. She was best friends with many members such as ray collier, Brian Eddlestone, Ray Mewha, Robert Bindloss, Ted Finlay, John Dumville and Sheila Gerard. It is with sadness that I have to inform you that she passed away on 14th January 2018