I was born in 1953 in Seedley, where I had a great childhood with my parents, my older brother and many friends from School and the streets where I played. I showed early promise developing drawing skills, but these were suppressed as a result of my desire to play football, cricket and any other sport in which I seemed to have a better than average ability, or so I thought! The pinnacle of my sporting prowess was to captain the junior school football team in a season when we didn’t win a match! Things went downhill from then on and I became the student who left high school with just one GCE...yes, in Art. I entered the world of work into the Construction industry and have been fortunate to be able to maintain a practical interest in art and particularly design throughout my career while also supporting my wife and two children. I was able to retire early and I am enjoying developing my artistic skills preferring to work from life whenever possible. I hope you enjoy my work.
​ 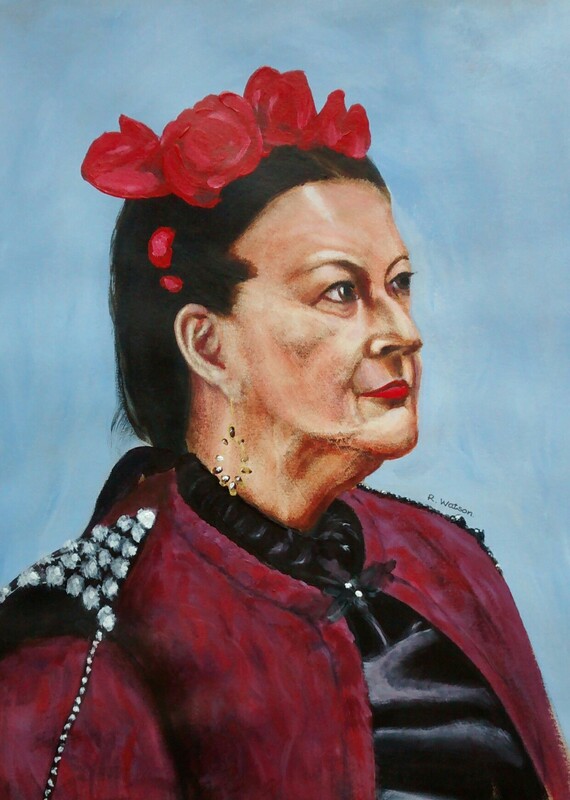 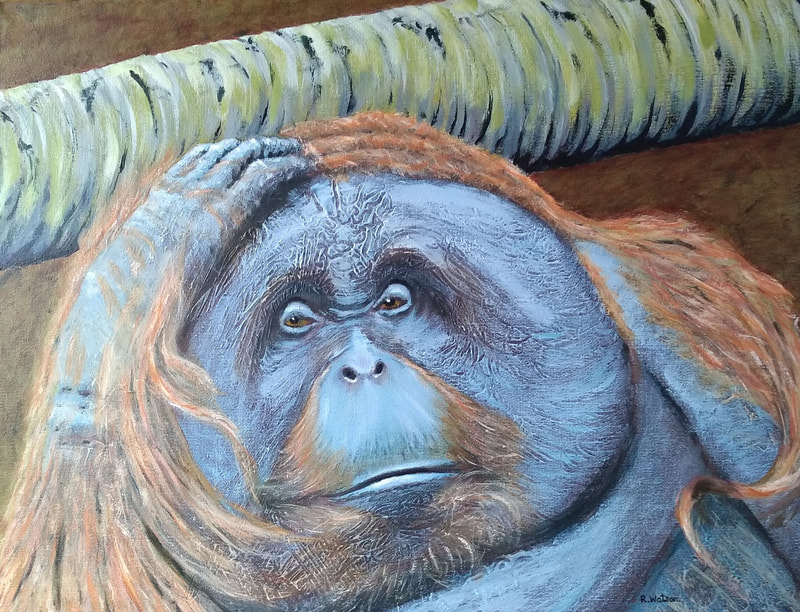 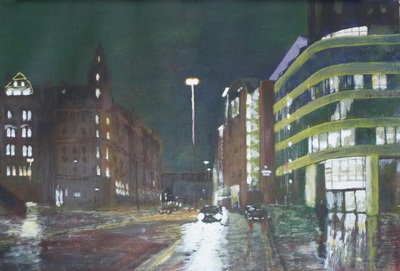 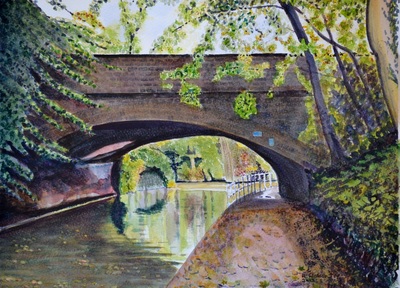 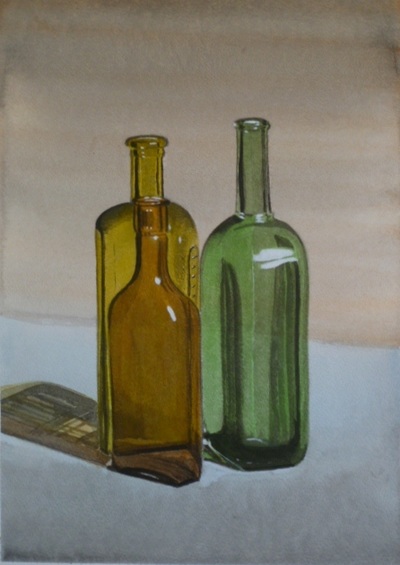 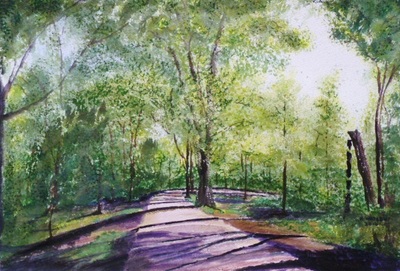 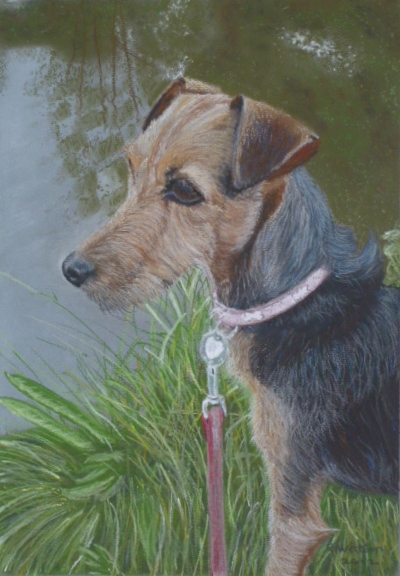 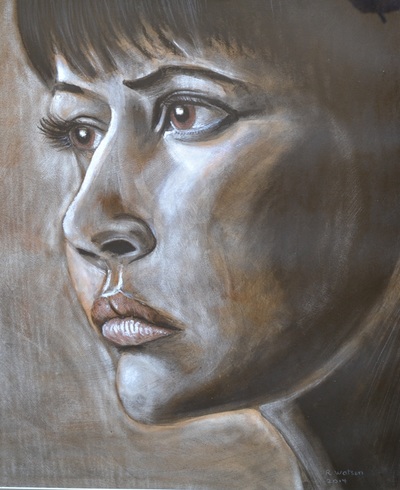 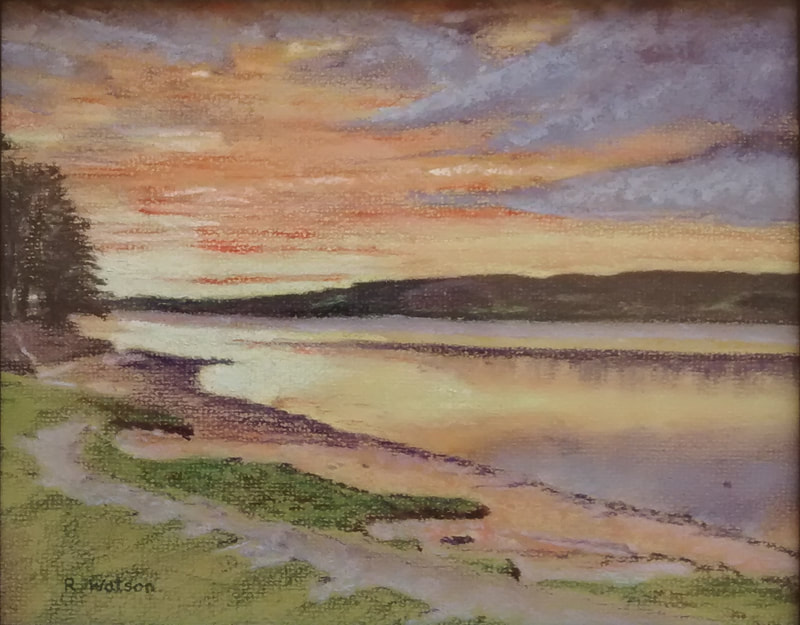 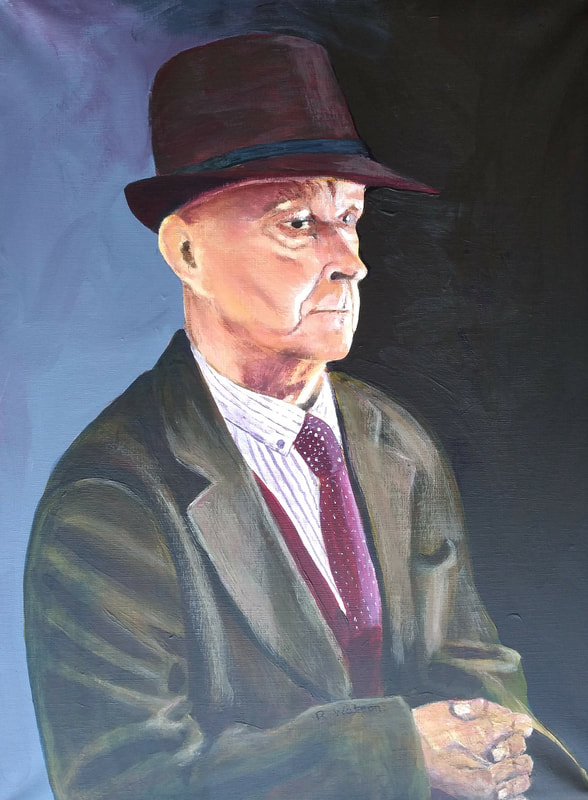 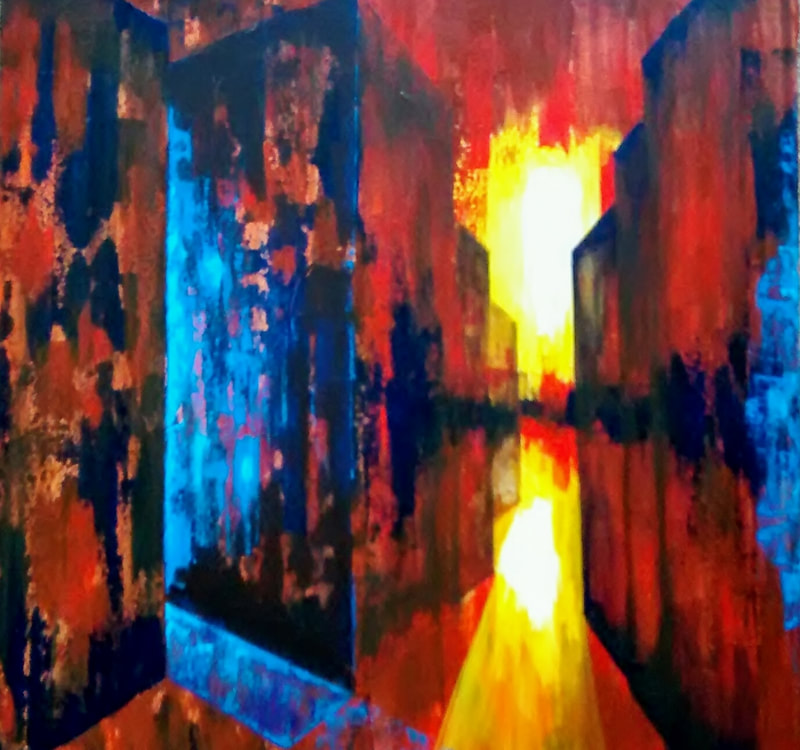 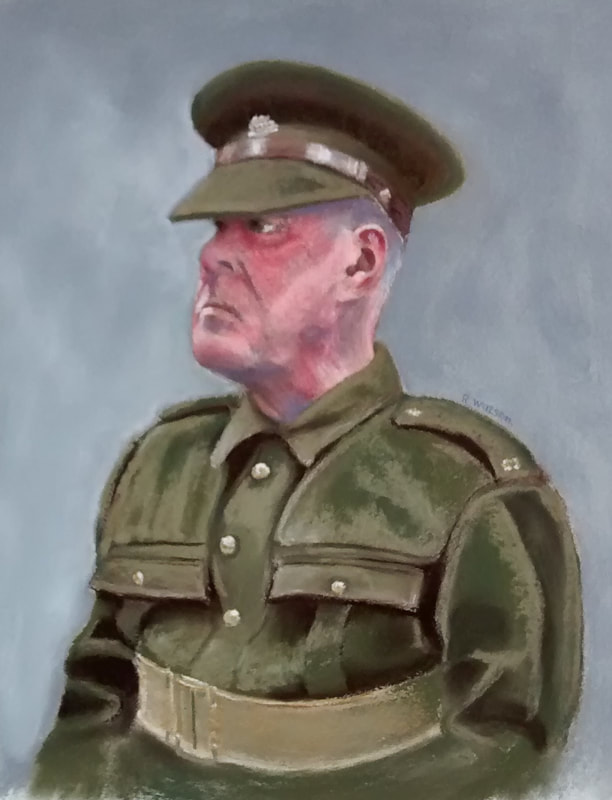 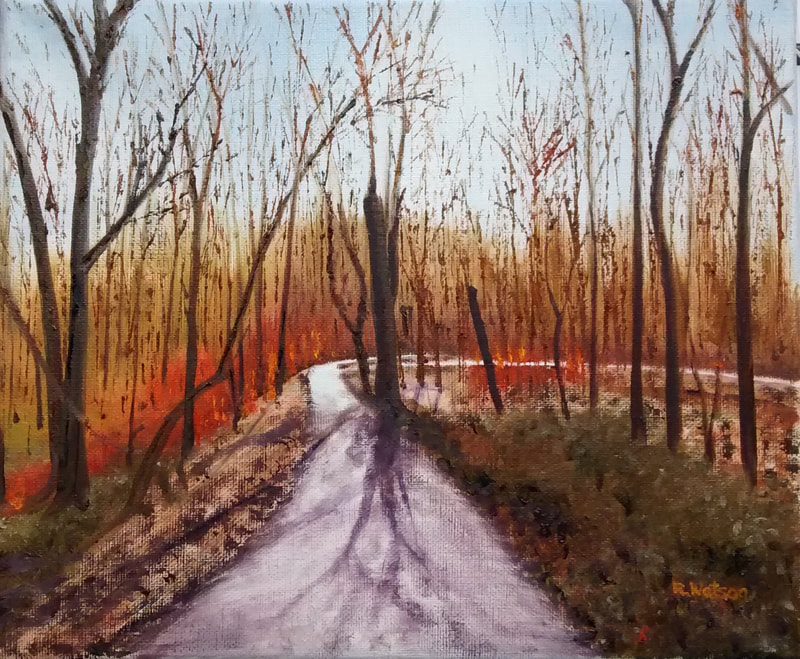 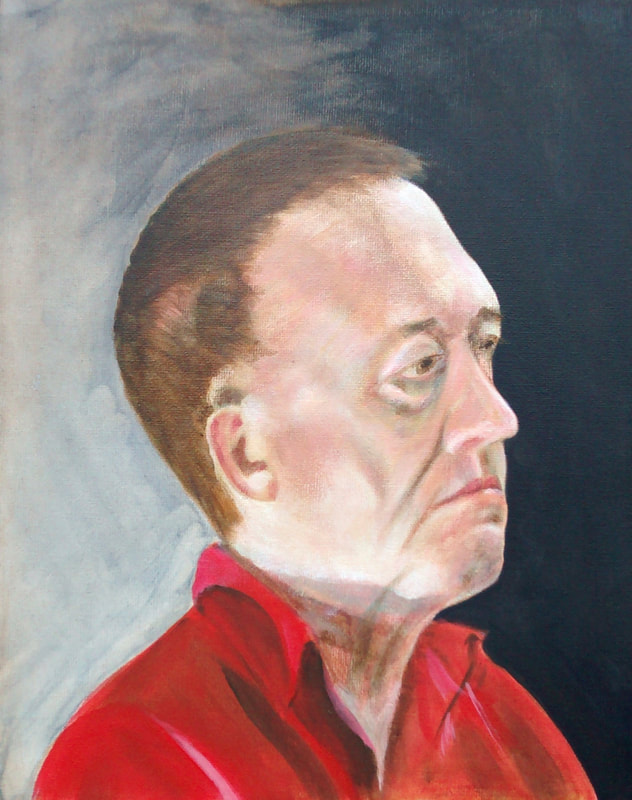 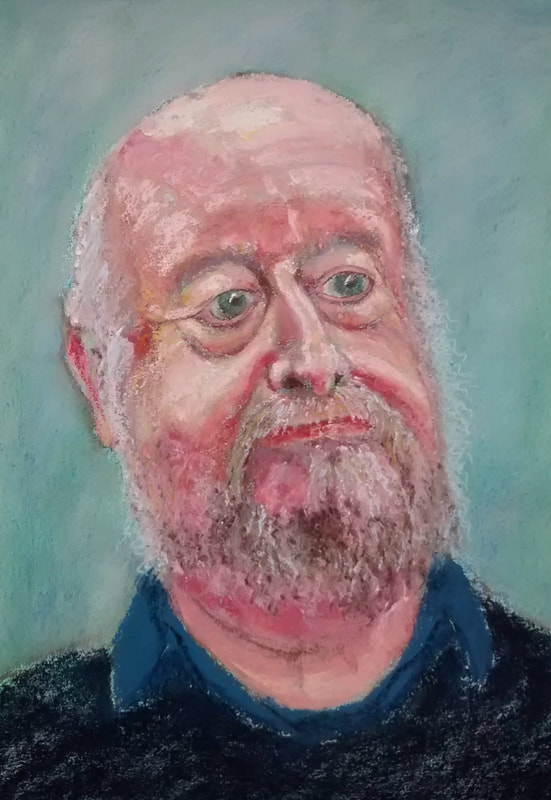 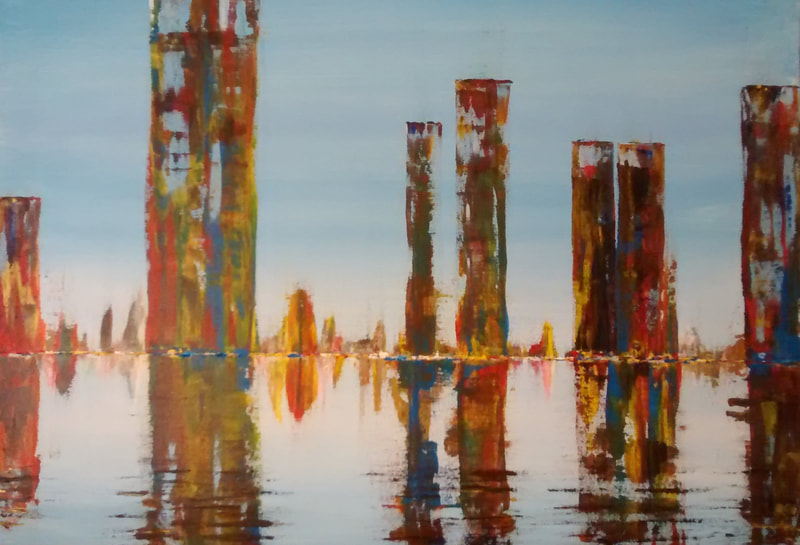 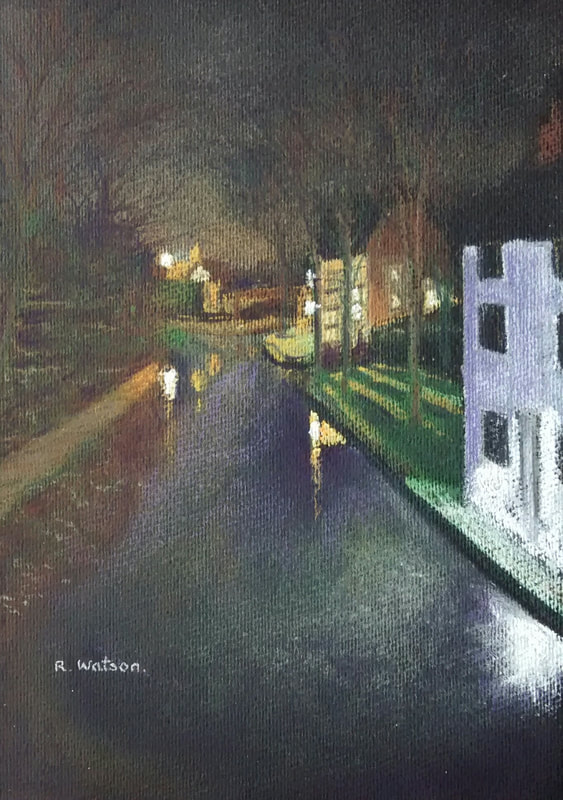 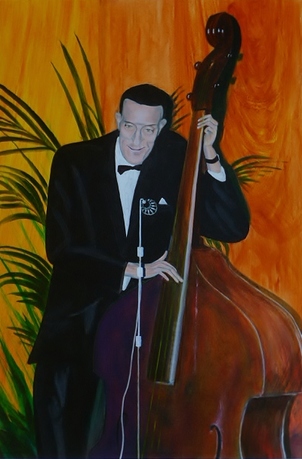 This is a painting of my wife’s father. By day he worked for many years at ICI’s dye works and later as a school caretaker. In the evenings he played jazz with his double bass in a trio around the pubs and clubs of Manchester. His gaunt look is perhaps a combination of hard work, harsh stage lighting and late nights. Percy died in 1975 age 54.
The painting is from a black and white photo taken during the 1960’s. At that time it was fashionable to have colourful instruments on stage and so Percy painted his double bass purple! We don’t know what colour the instrument was at the time the photo was taken. Was it stained and polished or was it purple?
​